Working with A Better Pencil

Dennis Baron begins “From Pencils to Pixels,” the conclusion to A Better Pencil, by discussing Google’s digitization efforts as a means of reflecting on the various issues of authenticity, authority, and reader-/authorship explored throughout the book as a whole. Massive online projects like Internet Archive and Google Books may be to many (as Baron puts it) “the future of the book and its death” (227), the former because they re-produce easily accessible and searchable versions of out-of-print or rare texts; the latter because they re-present many of these texts with additions/substitutions that fundamentally change the way in which the text is approached. For instance, covers are often changed and advertisements and endpapers elided for the ostensible purpose of streamlining reading, yet this also makes a statement about what types of text are deemed important by those not necessarily invested in their study.

I can safely say that without digitization, much of my own scholarly work would be nearly impossible, and this is likely the case for most literature and book history scholars at this point. The ephemeral nature and far-flung archives of many of the Victorian periodicals that I study, as well as the sheer bulk of their production, combine to make this a challenging field indeed for anyone not willing to use digital tools to facilitate access. Instead, one would have to either resign oneself to limited access, or face being overwhelmed in an avalanche of (often un-catalogued) moldering pages—a dichotomy Baron also hints at (231-232). Citing Anthony Grafton, Baron notes that despite the fears of techno-phobes, “scanning is no replacement for the actual physical print object,” not only because of accidental omissions, but also because “the print artifacts themselves tell the reader more than the words on the page” (229). Even so, scholarly sites committed to maintaining the authenticity (oh troubling word!) of the texts they digitize—such as The Yellow Nineties Online and the Wellesley Index to Victorian Periodicals—are still naturally better at paying attention to producing fully searchable versions of books and periodicals in their entirety. Others, like the Modernist Journals Project, even create a hierarchy that explicitly shows which texts have been prioritized for digitization: the MJP Directory explains, “we have indicated on this list the journals we consider most suitable for digitization (in red type), and others that we consider interesting but would put second in order of priority (in blue type). Journals in purple type are those we have already digitized (wholly or partly).” This adds another layer to the ways in which remediation is often means of rewriting—at least in part—the text in question.

As once exclusively archival texts are re-mediated in online formats and made available to the public, these “publication” processes necessarily lead us to contemplate what is written over during digitization, even while other things are written out more clearly.

How we write on the Internet is different from how we write in print. But who is writing (and what they can write about) has also changed.

In A Better Pencil, Dennis Baron continuously talks about the “frontier spirit” associated with Internet interactions (2). He argues, “The internet is a true electronic frontier where everyone is on his or her own; all manuscripts are accepted for publication, they remain in virtual print forever, and no one can tell writers what to do” (25). This frontier is “rough and uncivilized” (139), or at least seemed to be, in terms of both online authors and their unique style of writing.

What interests me about the frontier, however, is the historical significance that immediately comes to mind –the frontier as something to be conquered and standardized after a period of lawlessness. It was a place, at least in the US, where difference was ruthlessly eradicated and a standard culture implemented. I think, in a sense, Baron is correct in associating the Internet with the American frontier. 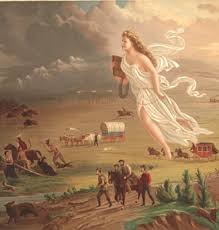 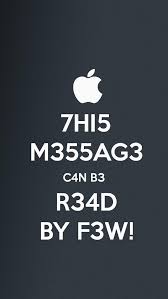 To a large extent, we have adapted to online writing; we’ve moved past l33t, at least. My iPhone autocorrects “ttyl” to “Talk to you later” (and I use “autocorrect” as a verb without a redline appearing in my Word document – though WordPress is not convinced). Most everyone with access to technology uses that technology as a digital author, whether they compose e-mails, post on Facebook, or run a blog.

Yet, I think we can adjust our understanding of the Internet as a frontier if we look at who is writing, not just how they write. As you will very likely hear from me several times over the course of the semester, I use Tumblr. I recently saw this written in a post on my dash:

Once upon a time there was no internet. You kids know about this, sure. But you don’t really know. There was no way to learn all the things you should have learned. And when you were alone, you were really really alone. (Rubyvroom)

Anonymity and identity are tied up with authorship in the digital age. Oftentimes, this is worrying. More often, as Standage will point out in Writing on the Wall, it leads to the new type of internet troll that tirelessly posts comments playing up all types of prejudices. Despite that, because “no one can tell writers what to do,” marginalized voices (and cultures) have reemerged onto the electronic frontier. I talk about Tumblr specifically because there are more teenagers, people of color, women, and LGBT-identified individuals than other platforms, leading observers, like Tom Ewing of Freaky Trigger,  to say of the website,

What looks to dim outsiders as some kind of obsession with ‘social justice’ often just springs from people talking about themselves, their lives and the shit that happens to them. (All Our Friends)

Tumblr user Me-ya-ri remarks of this changed landscape, “I remember all to [sic] well what it was like to not have any words” (Me-ya-ri). When we think about the words we use online, how we manipulate them with fonts or colors or how we replace (or augment) them with images or videos, we should also consider the access to them that the Internet grants us.  It is, I think, a truly untameable frontier.

While reading though  A Better Pencil,  I noticed that people experiencing the evolution of writing technology over time viewed it with the apprehension one might direct towards an invading army.

Subsequently, once the new technology’s purpose and uses were established, it seemed that people immediately latched onto all of the horrible things that could happen, and panic ensued.

However, Baron conveyed the sense that the objects of this skepticism have shifted over time.  Socrates disliked writing because of its inability to actively dialogue, as he placed importance on direct intelligent discussion (4).  He recognized the inherent need for people and their thoughts to be a variable in the equation, and thus distrusted the developments because of the ways humans could use them.  Distaste for modern technology, however, seems to be directed at the technology itself, not the human minds behind it.

Which brings us to the blame game.  Baron writes that computers are “blamed by skeptics for a variety of ills” (xi).  Ned Ludd, if he existed, allegedly wrecked a loom because he “found the increased mechanization of the art of weaving alienating (25).  Placing the responsibility for perceived societal corruption on machines completely discounts their existence as creations of humans.  Technology will likely not develop sentience and the ability to create its own content without the programming or guidance of human action, yet many people seem to place suspicion and blame on the tools instead of stepping back and examining their role in its creation.

The one person in Baron’s narrative who appears to have held human beings responsible for technology and all of its effects was Ted Kaczynski.  As a disclaimer, I don’t advocate for attacking people with the intention of killing or otherwise harming them.  Kaczynski, even in all of his seriously misguided criminal actions, understood that it is people who further the mechanization of society, as well as use the conveniences it provides.  It’s the same idea of “Guns don’t kill people; people with guns kill people.”  Cell phones don’t kill people, drivers using cell phones kill people.  By targeting the progenitors and inventors of the things he so hated, Kaczynski demonstrated a twisted understanding of the ways in which people interact with new technologies.

As humanity explores new avenues for writing technology, we will be called, as Wesch notes, to redefine and reexamine what it means to interact with technologies.  Certain factions will continue to blame advances in language studies and composition tools for the destruction of civilization, and the trust and blame that we associate with the written word in all its forms will undoubtedly be the subject of further debate and revision for many years to come.  Hopefully, though, future critics will not forget the role that human innovation plays in advancing these tools.

Your basic task in posting to this blog is to respond to the book you’ve just read in ways that will help us think and talk more about it in seminar—that point to interesting or puzzling moments in the text, that open up new lines of inquiry, that suggest connections with other texts or issues. One measure of your response, then, will be the responses it prompts—both online and in class. Your aim should be to move our conversation forward.

My advice, then, is to try to extend more than criticize. I’m willing to bet that any time twelve students of culture and literature come together to discuss a text, that most of the gaps and problems with it will somehow get noted. I don’t think we have to worry about that. And so I encourage you, in your first approach to a text, to see how you can think along with its author—adding to or updating their thinking, applying their ideas to new examples or situations.  We’ll get to critique soon enough.

Turning specifically to our reading for next week: Dennis Baron is someone I’ve long admired.  He is a pithy and forceful writer, and a

recondite scholar of language. He knows more about the history of writing technologies than any of us ever will. But he published A Better Pencil in 2009,  a long time ago when measured in web years. Much has happened since then in the digital revolution he seeks to describe and explain. I encourage you to look for recent examples of digital composing that will test, extend, and perhaps revise some of his ideas.

Aim for a post of about 400–500 words. Feel free to make use of images, audio, video, or hyperlinks if they help you move your thinking forward. (In the coming weeks I will require you to experiment with such media in your responses.)

Be professional. Compose and edit your response offline before posting it to this site. Make sure your links work, and that you document sources and quotations.

Use x1 as your category and come up with at least three good tags to identify this specific post. (My rule of thumb is that categories identify the kind of post you are writing, while tags highlight keywords and concepts in it.)

The deadline for your post is 4:00 pm on Tues, 2/18. You may revise your writing at any point before then. Please see Comments and tweets for the next stage of our work.